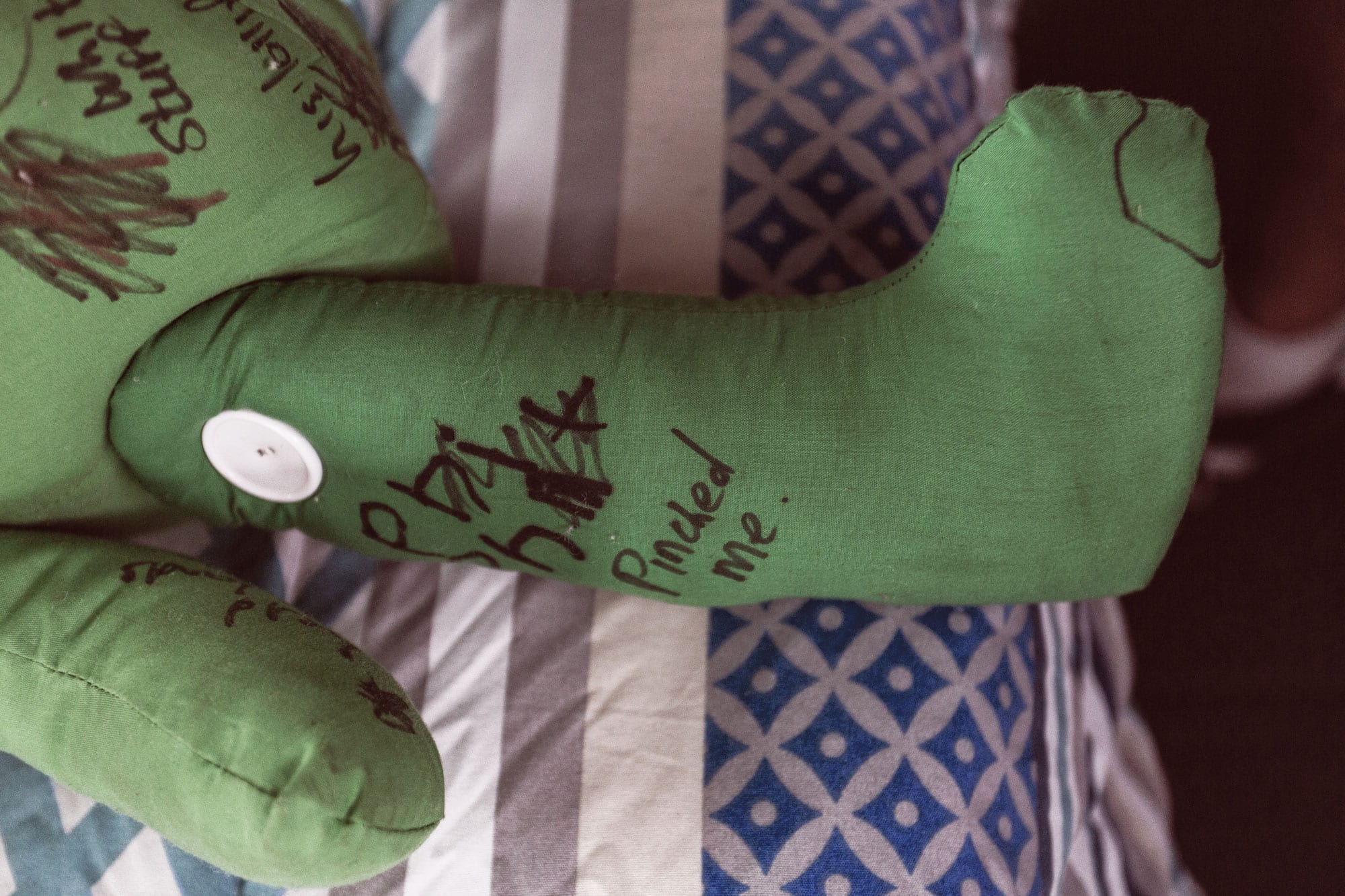 A young girl sits shaking near a row of bushes. On the ground lay her underwear and jeans. She’s crying.

This is how Anele* was found by her neighbor.

In the daylight, Anele, a six-year-old girl on her way to school, was snatched of the street by an older man. He pulled
her into the bushes and raped her. He then fed, leaving her alone and afraid. Thankfully, watchful neighbors were able
to catch him, and hold him until the police arrived.

When Anele’s mother found out, her heart broke. She had heard of Operation Bobbi Bear from other community
members. Never did she imagine she would have to contact them. But on that day, she did.

When Anele’s mother contacted Operation Bobbi Bear, a Child Safety Ofcer (CSO) met them and was there to
guide them through this difcult time. When her mother told the CSO what happened, they rushed to Prince Mshiyeni
Hospital. Because of the high rates of HIV in the community, there was a risk that Anele could have been infected. As
a precaution, she was given post-exposure prophylaxis (PEP), a 28-day antiretroviral treatment to reduce the
likelihood of HIV infection after potential exposure.

While at the hospital, Anele was given a bear, markers, and bandages—the tools used by Operation Bobbi Bear to help
children disclose what happened to them without words. The CSO worked closely with Anele to narrow down the
details of what happened, using the bear as a means to tell her heartbreaking story. This bear was then taken and
bagged for evidence.

In the following months, Anele was counseled by the compassionate and skilled staf of Operation Bobbi Bear, some of
whom would later support her during her perpetrator’s trial. Medical staf and witnesses testifed, while the bear that
Anele had marked gave her a powerful voice. Justice was served. Her abuser was found guilty and sentenced to life in
prison.

Anele continues to receive counseling at Operation Bobbi Bear while she works through the healing process. Her case
is a shining example of how Operation Bobbi Bear and the community can work together to bring justice, support and
closure to children who’ve been abused.

*Name changed to protect her identity